At Metchosin Farm, we steward heirloom seeds and also create new food plants using traditional plant breeding and selecting methods. This maintenance of older varieties and the development of new ones is critically important as in North America it is estimated that we have lost 94% of our food seeds and 90% of our apples varieties in the past 100 years! The United Nations Food and Agriculture Organization estimates that this loss of food plants globally is around 75%. Looked at another way, this means that we have 6% of the food seed and 10% of the apple choices that our ancestors did 100 years ago………!

For example, only 8-12 potato varieties are grown on an industrial scale in North America from a possible 4,000+ registered and named kinds! Here at Metchosin Farm we have had an active research project since 2017 to select brand new potato varieties, choosing ones for excellent flavour, production level, disease-resistance and beauty (more on this below).

All potatoes originally come from South America. Unlike most food plant crops, potatoes were domesticated from their wild ancestors in two separate and concurrent centres of origin: one in the lowlands of South-Central Chile, and the other in the Highlands of Northwestern Bolivia/Southern Peru. A significant difference between these two groupings of potatoes is that one sets flowers very readily and the other does not. Why is this important? Because the non-flowering potatoes have a much narrower genetic diversity as a result of their, well, non-flowering habit! Without this sexual cross-pollination, it is much harder for plants to mix their genetics and to create a wide genetic diversity that is resilient in the face of changing conditions such as those of climate, soil, pests and diseases. Simply put, the genetic diversity of the beautifully flowering Highland population is much greater than the lowland grouping.

By an accident of history and geography, it was the low-flowering Chilean potato group that the Spanish Conquistadors brought back to Europe after 1492 (they arrived by boat, at sea level so came into contact with the lowland grouping first). Virtually all the potato varieties familiar to us, from Red Norland to Burbank Russett and the beloved Canadian-bred Yukon gold, derive from those few numbers of low-flowering seed potatoes transported back to Europe some 500 years ago.

The blooming Highlands potato group, in contrast, has a remarkable and glorious diversity – of tuber and flower colours, flavours, plant shape and form. Another wonderful part of this story is that because these plants set loads of highly decorative blossoms, they each produce many small (and not edible) tomato-looking fruit once the blossoms are pollinated. And they do get pollinated – insects just love these flowers! Why is this important? Because EACH one of the tiny little seeds held in each ripe fruit is actually a totally new, never-before-seen potato variety! 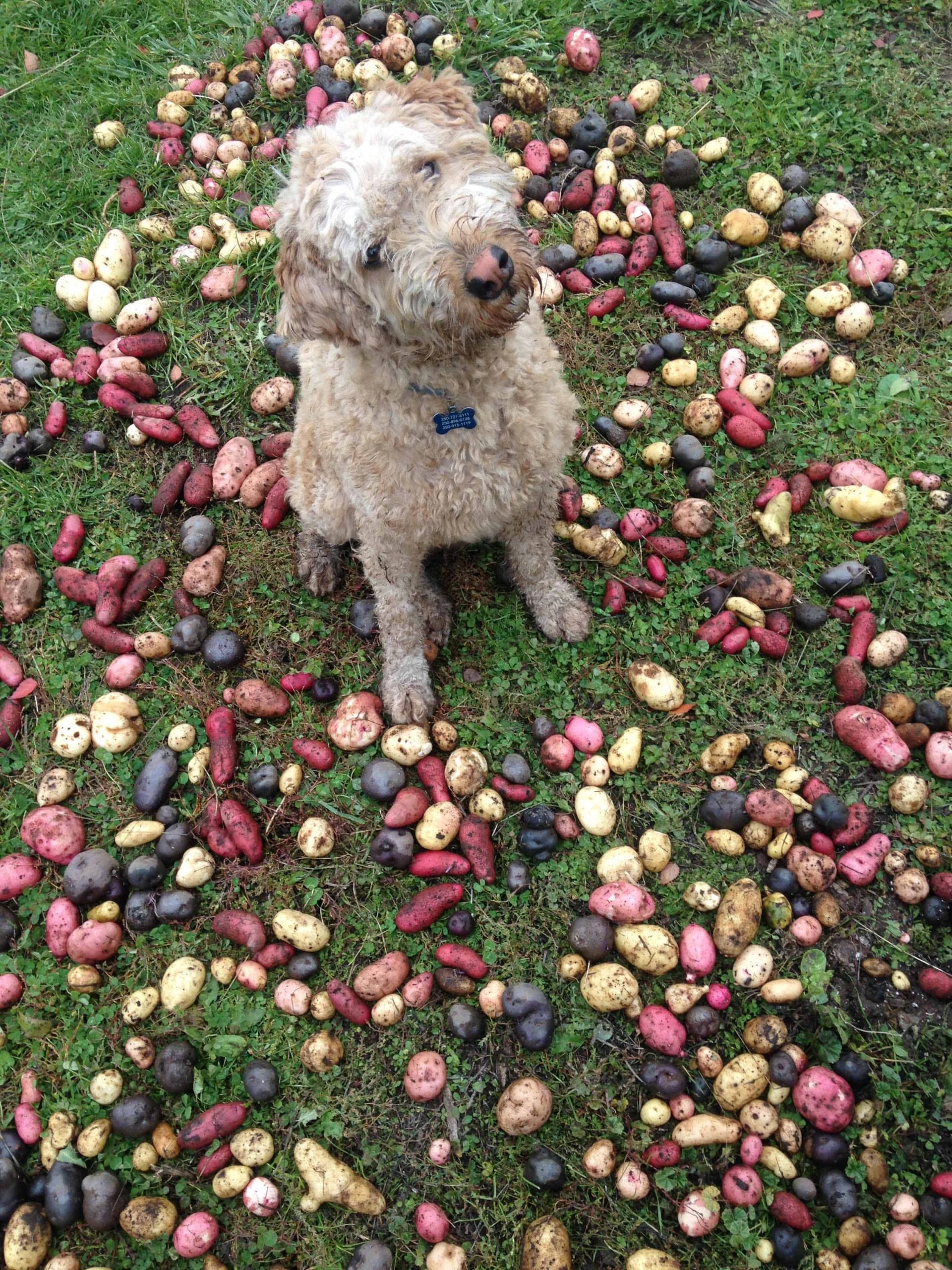 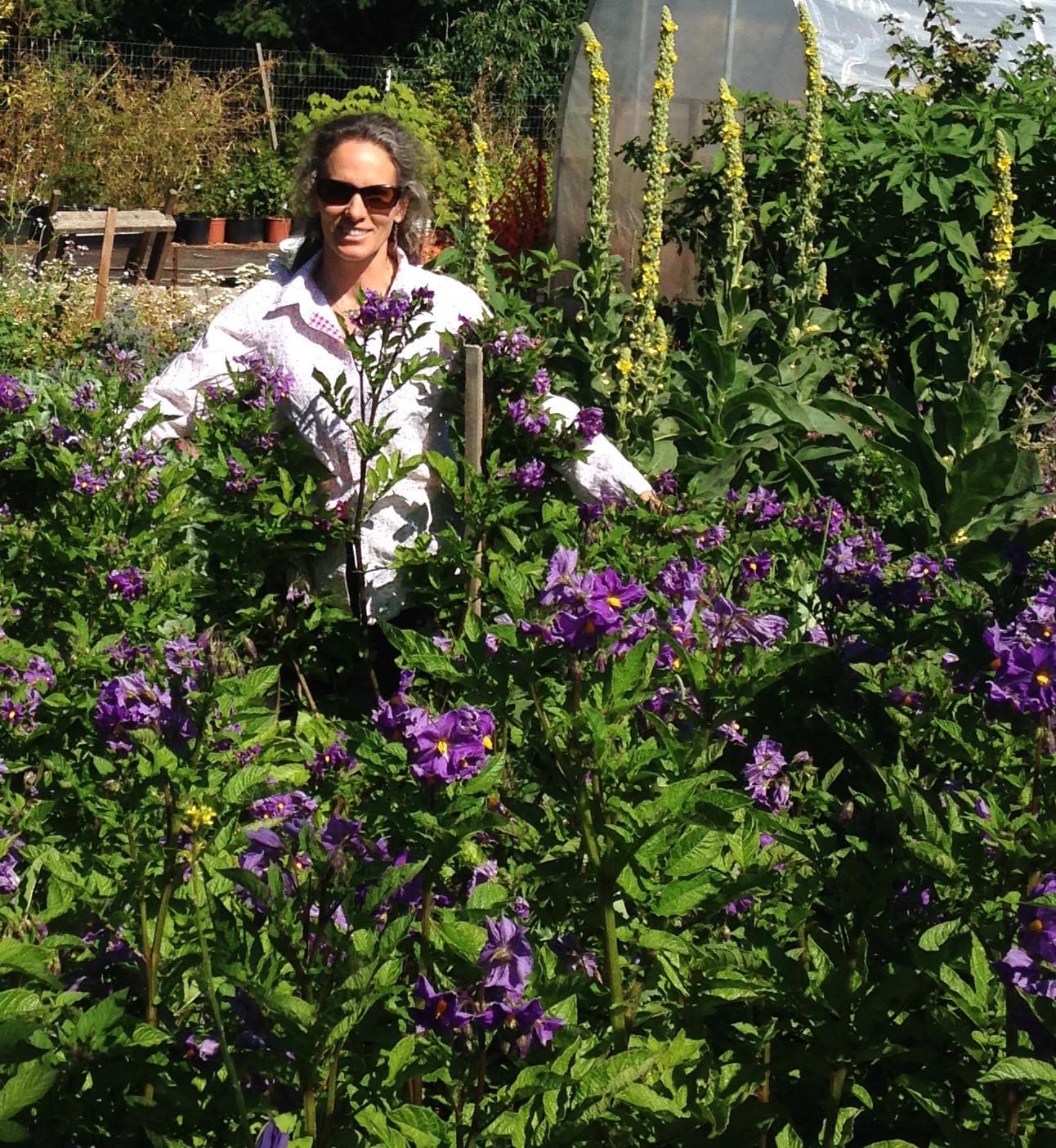 Our industrial food system has further reduced this already limited potato genetic diversity, preferring varieties that respond well to Green Revolution agricultural methods such as chemical inputs, machine planting and harvesting, bulk transport and longer-term cold storage. Next time you go to the grocery store, take note of how many potato varieties you can find – you will not normally see more than 4-6. Yet, there are over 4,000 registered (that means named and described) potato varieties covering a whopping 180 different species within this food plant group. Your grandparents had the choice of many more varieties to purchase in stores as well as to grow in their gardens than you do today. With rapidly changing agricultural conditions due to climate change and a growing human population to feed, this loss of genetic diversity and knowledge of agricultural practice is significant and worrying.

The good news is that it’s fun and satisfying to be part of the solution to this critical loss of food knowledge and genetics. Growing new potato varieties is an especially great project to do with kids, and of course you get to name each potato plant grown as it’s a never-before-seen new kind! In every bag of our 1-year seed potatoes you will find 12 unique tubers. Plant these whole (don’t cut them up!) and enjoy a Fall harvest of spuds. If you order a package of our tiny potato seeds (approximately 150 seeds per envelope) you can plant these into potting soil in early spring, and each plant will be a new variety.